PLAINFIELD, NEW JERSEY: Basheer Smith, 30 of Plainfield, New Jersey wears a a mask and T shirt that says “I can’t Breathe.” Smith was out protesting on the steps of Plainfield City Hall because “of all the social injustices that is going on in the Black community.” during a Justice for George Floyd protest and rally in Plainfield, New Jersey on Saturday June 6, 2020. Tens of thousands of people protested across the United States and in cities around the world for a tenth day of outrage over police brutality intensified over the death of George Floyd. (Brian Branch-Price/TheFotoDesk). 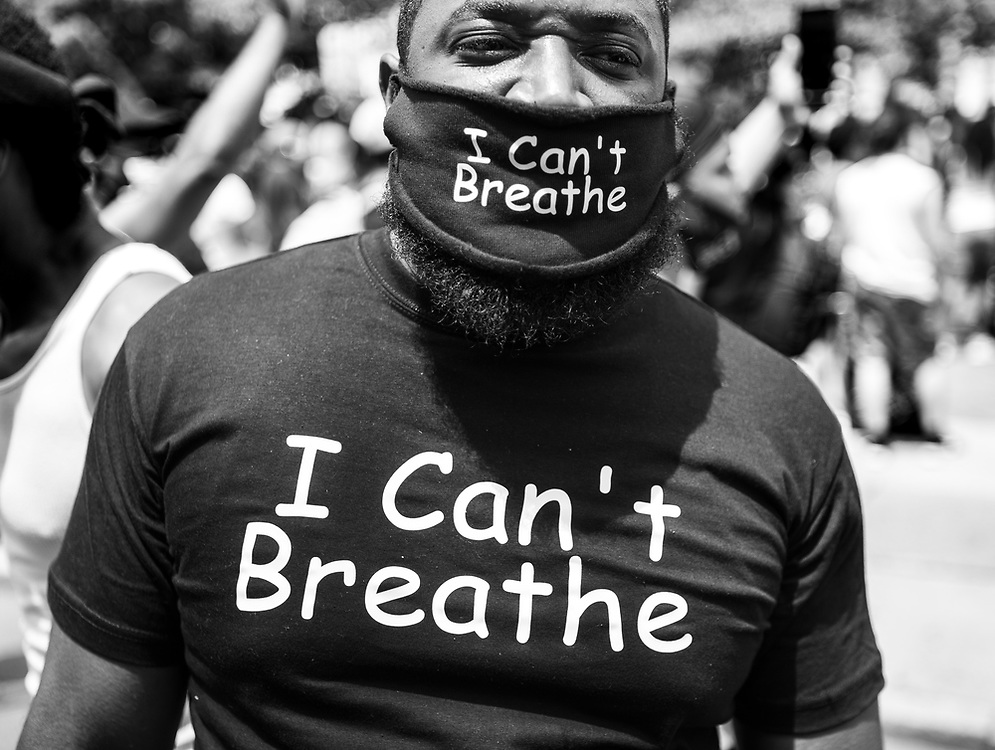