NEW YORK, NEW YORK: Livia Rose Johnson, 20, of New York and march march organizer stands for a portrait with her bullhorn in her hand at New York City Hall during a Justice for George Floyd protest and rally in New York, New York on Thursday, June 4, 2020. Johnson says “I refuse to see any generations younger than me march for he same thing.”Tens of thousands of people protested across the United States and in major world cities for another night of outrage over police brutality intensified over the death of George Floyd. (Brian Branch-Price/TheFotoDesk). 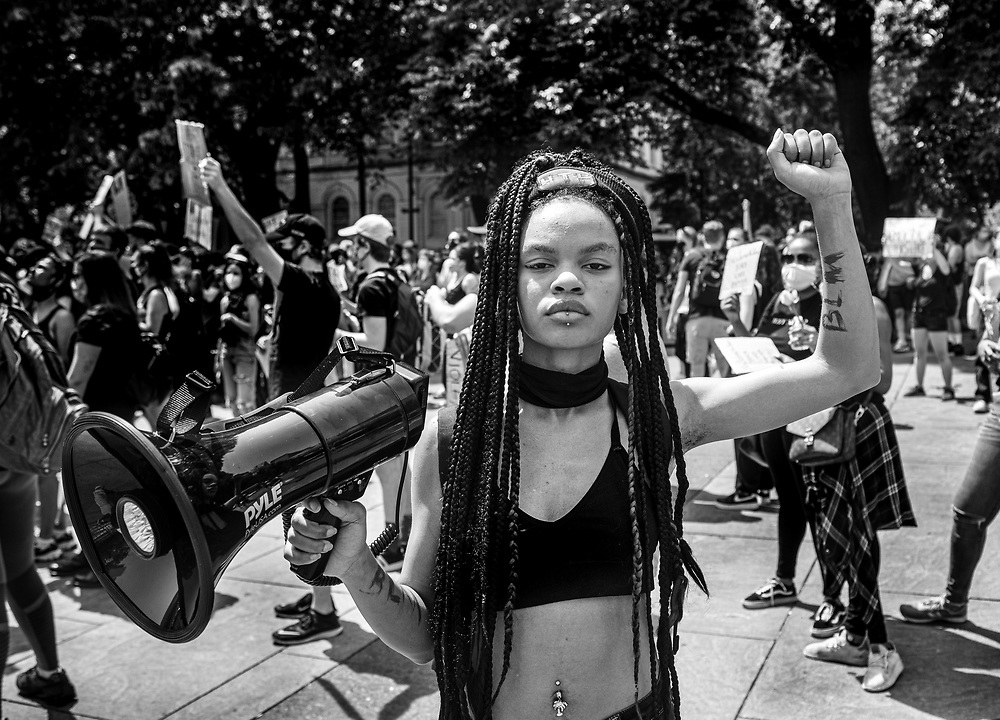