Add to Cart Add to Lightbox Download
NEW YORK, NEW YORK, Saturday, February 5, 2022, Demonstrators appear during the second anniversary of the near fatal shooting on Erick Diaz Cruz by the New York City Police and ICE agents at Union Square in New York. The demonstrators are calling for full freedom for Gaspar Avedano- Hernadez, removal of his ankle bracelet and the firing of Henry Santana and all ICE and NYPD agents involved in the assault on the Hernandez family. (Brian Branch-Price/TheFotodesk)

Demonstrators face-off with police at the Bergen County Jail in Hackensack, NJ on Saturday, December 12, 2020. Demonstrators are protesting against Immigration and Customs Enforcement’s (ICE) treatment of detainees in the jail. Several immigrant detainees are being held at the jail and have been on a hunger strike for nearly a month. The prisoners as well as the demonstrators are demanding their release amid growing concerns over the spread of COVID-19 in the crowded and squalid facility. Several of them have health problems, including kidney disease, making them more vulnerable to worsening COVID-19 symptoms. (Brian Branch-Price/Thefotodesk) 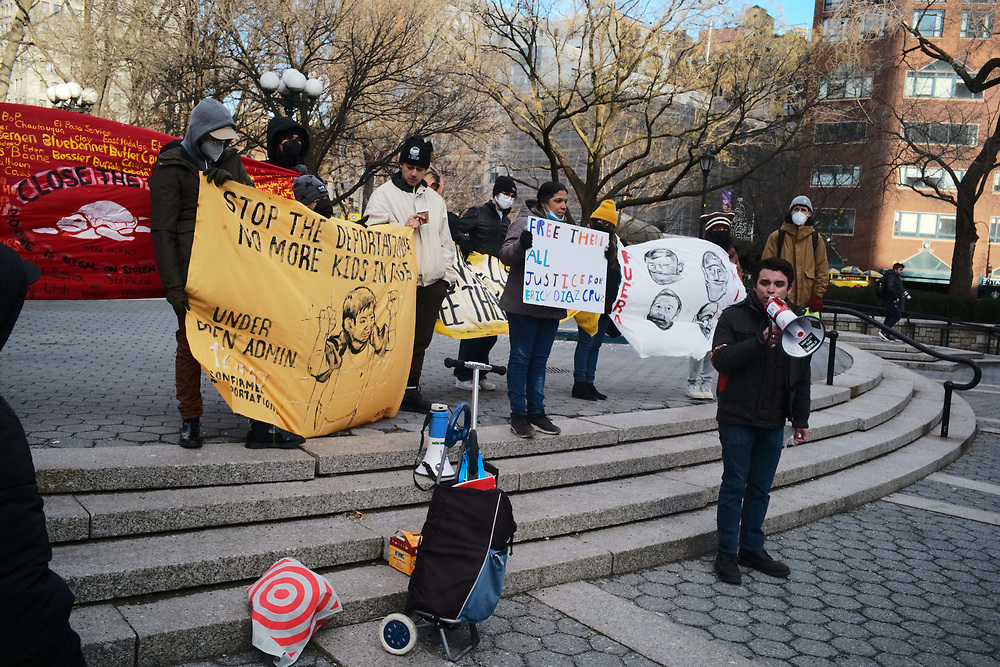