NEW YORK, NEW YORK: Jill Nelson holds a sign that says “I still can’t breathe, and said I am here to transform America, not just the PoPo during a Black Lives Matters Movement march and rally in the wake of the death of George Floyd at Mitchel Square Park in the Washington Heights neighborhood of New York, New York on Sunday, June 14, 2020. Nelson, A writer, published author, of Volunteer Slavery, and a college professor was recently arrested, and named grafitti grandma when she a wrote on boarded-up storefront, and wrote Trump Plague in pink chalk. Nelson is quoted as saying “Seconds later, she was in handcuffs, and Before I could step back and see my handiwork, two police SUVs roared up on either side of me, and blocked me in. (©Brian Branch-Price). 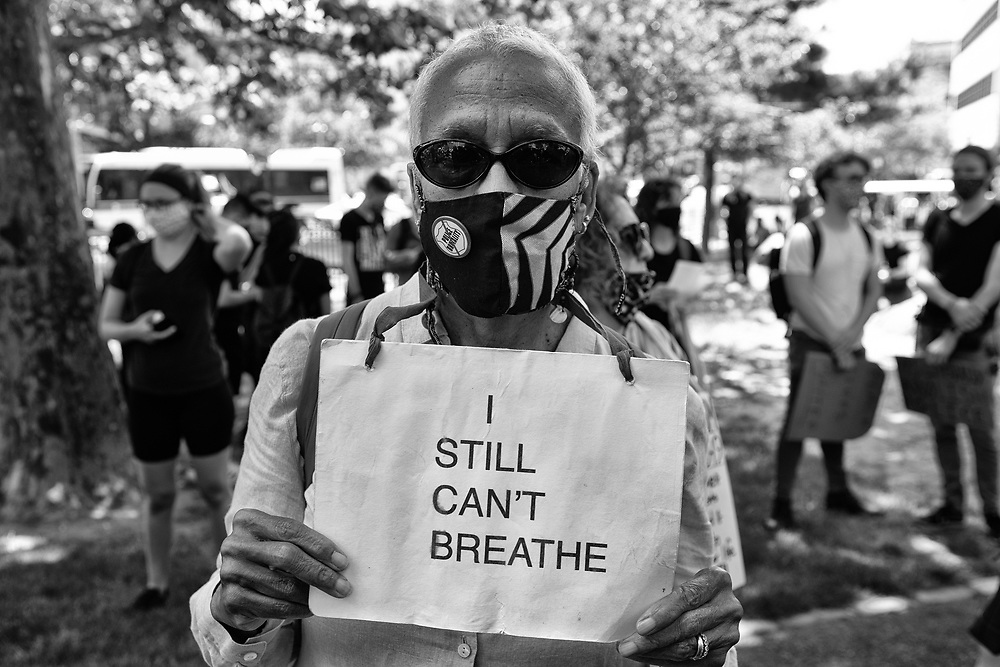